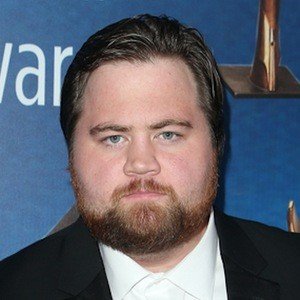 Paul Walter Hauser is best known as a Movie Actor was born on October 15, 1986 in Grand Rapids, MI. Film and television actor notable for his portrayal of Shawn Eckhardt in the Academy Award-winning film I, Tonya and for starring as the title character in the 2019 film Richard Jewell. His other major major movie roles included Lonnie Laloush in Super Troopers 2 and Ivanhoe in BlacKkKlansman. This American celebrity is currently aged 36 years old.

He earned fame and popularity for being a Movie Actor. He portrayed various characters in episodes of Too Late with Adam Carolla beginning in 2005. In addition to his acting, he has worked as a producer, writer, director and stand-up comedian as well. He was a regular on the television series Kingdom.

As per our current Database, Paul Walter Hauser is still alive (as per Wikipedia, Last update: September 20, 2021).